Architect Omer Arbel’s work is a great example of contemporary designs, particularly in the field of lighting. Originally from Jerusalem and brought up in Vancouver Canada, Arbel is a renowned architecture in several fields including furniture, lighting and electrical accessories. His most notable designs are from his lighting installations with Bocci, a contemporary design and manufacturing company based in Vancouver, with whom he is Creative Director.

After teenage years in a more athletic background of Fencing, retiring in 1997, Arbel started his Architectural career at The University of Waterloo, Canada. Once there, he had a short spell in Barcelona in 1998 as Architect Enric Mirrales’ apprentice working on several designs including the Scottish Parliament in Edinburgh. After graduating, Arbel returned to Vancouverworking for two architectural companies including Patkau architects. In 2003, Arbel was highlighted as one of 15 up and coming designers to look out for in Wallpaper Magazine. It was in 2005 that Arbel became Creative Director and part owner of Bocci.

Working alongside founder and entrepreneur Randy Bishop at Bocci, Arbel began designing spectacular installations for commercial and domestic decoration; his main theme was the use of blown glass and spherical forms. The most popular designs to come from Arbel and Bocci are the 14 series Chandelier, the 23.2 House, a stunning house installation at White Rock inVancouverand most recently his 28.280 chandelier featured at The Victoria andAlbertMuseumfor 2013’s London Design Festival. Arbel was also chosen to design the Winter Olympic Medals inVancouverin 2010.

A great story of tradition and history is behind Arbel’s 14 series Chandelier, the chandelier was secretly manufactured in a barn in White Rock, made from cast glass spheres with a frosted cylindrical centre which houses the bulb, Arbel told a story of how they had to pretend to the inspectors checking on the barn’s use that the glass blowing apparatus was actually farming machinery. These bubble like installations create a soft ambience, like floating candles in a water-bubble and they can be installed as a single pendant or as a cluster fitting. As each glass is individually blown, the spheres will always be completely unique. These bubble-like installations are very popular with hotels, grand residencies and restaurants.

Arbel’s biggest installation to date is his 23.2 House at White Rock in Vancouver; the build started in 2006 and finished at the end of 2009. The 5,000-sq-foot house sits between majestic woodland in the forests of White Rock. Check out these images of the house at Contemporist.com.

Most recently Arbel’s 28 series was featured at the Victoria & Albert Museum for the 2013 London Design Festival. The 28.280 chandelier comprises of 280 irregular shaped and coloured glass spheres from the 28 series, each sphere hangs from copper tangled wires. The installation is suspended from the museums Cupola and flows through each of the museum floors, finally sitting at the centre of the ground floor atrium. This is a magnificent piece that can be seen from all floors of the museum. The 28 series of chandeliers has been a great success and is available in a mixture of colours from clear and opal to multicoloured bright tones.

Are you a fan of Arbel’s work? Check out our spherical inspired lighting…. 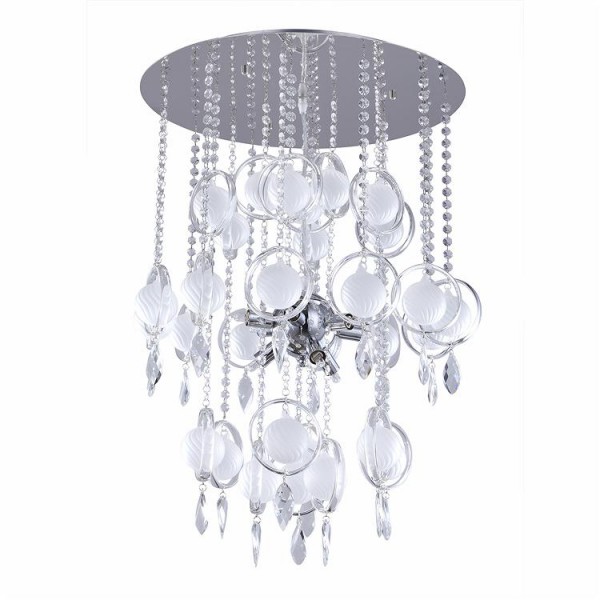 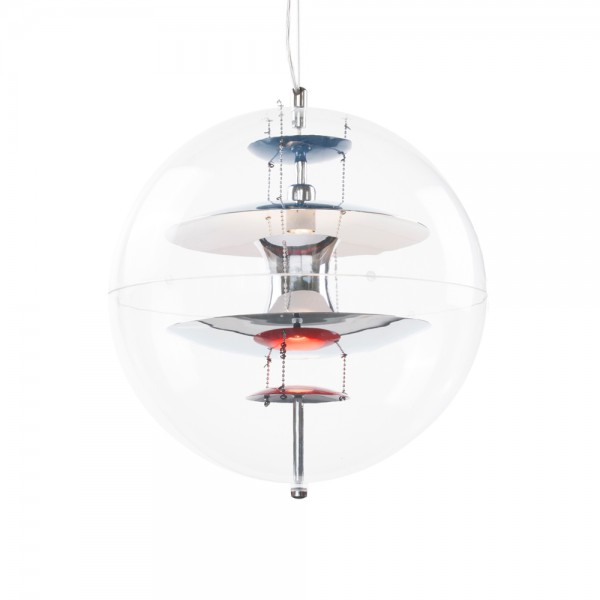 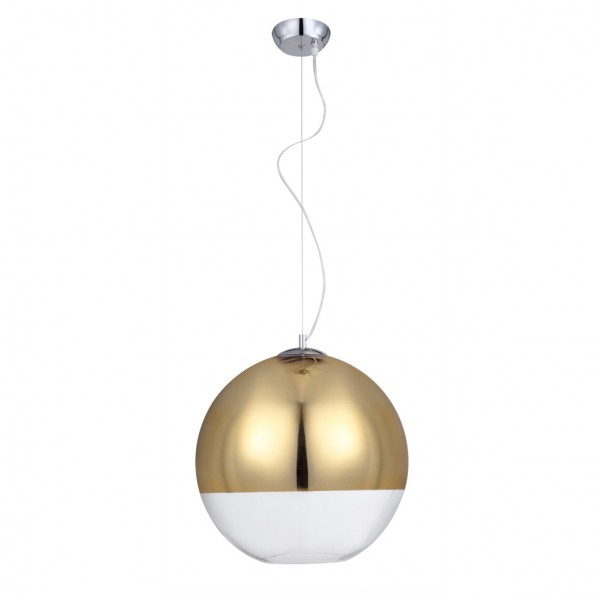 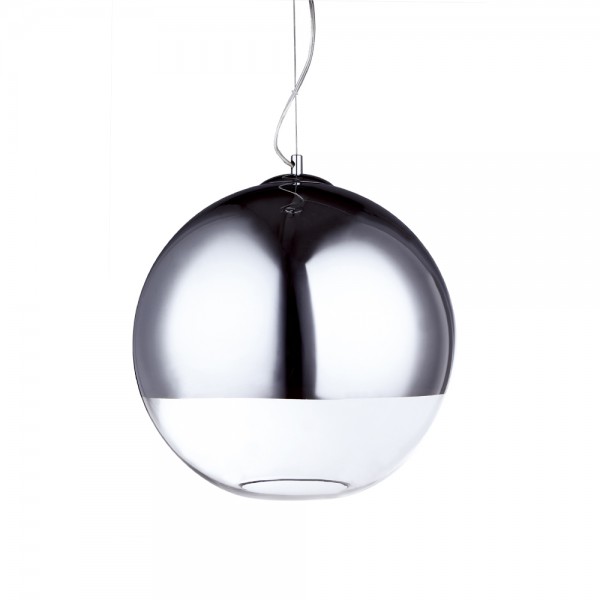 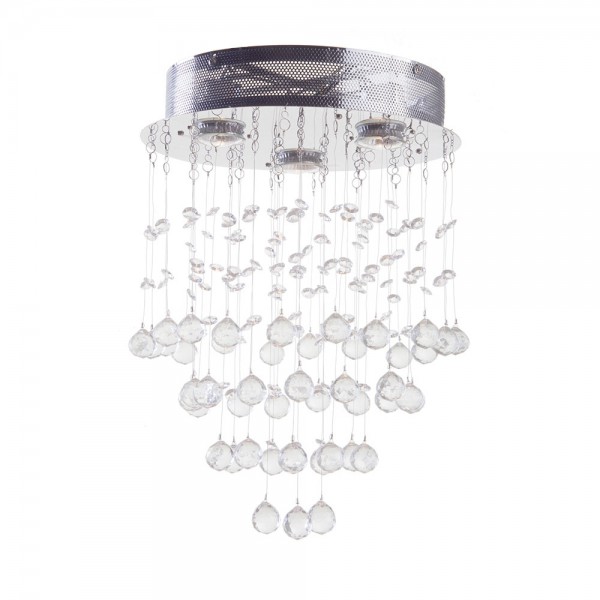 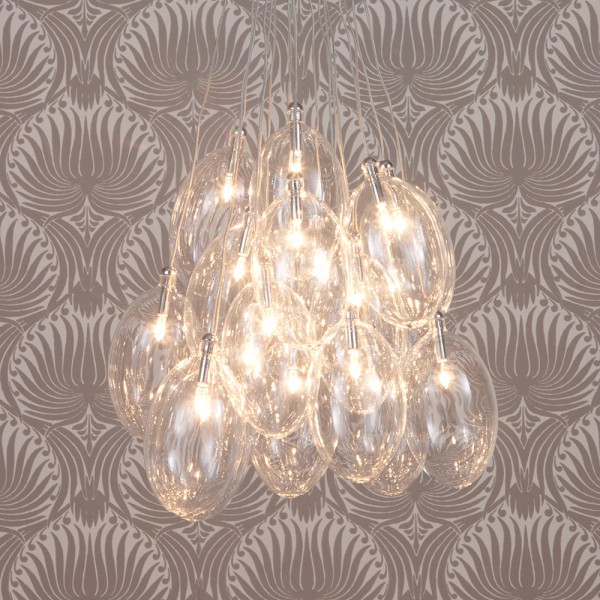 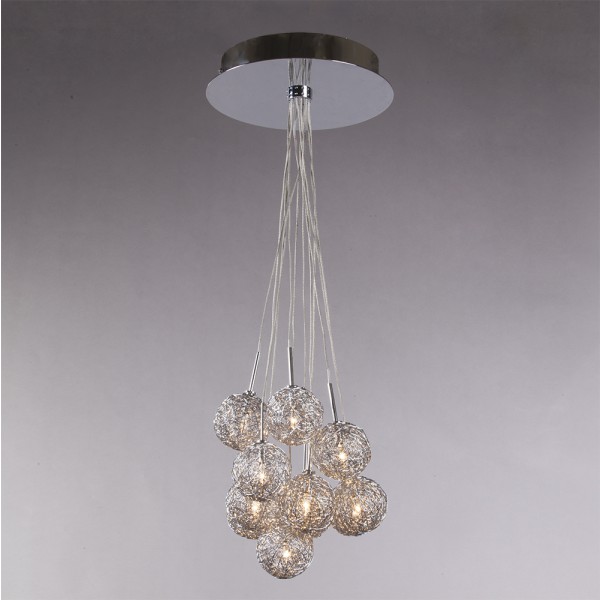